and finaly I have packaged, tested and uploaded otrs 4.0.5-1 to Debian experimental. :-)
Much fun with it!

I have just backported the php-redis (php5-redis) 2.2.5-1~bpo70+1 package for Debian Wheezy. Thanks to the ftp-masters for their quick ACCEPT :)
Now you can install and use the redis PHP extension from the offical repositories, see:

geoip version 1.6.2-2 and geoip-database version 20141027-1 are now available in Debian unstable/sid, with some news of more free databases available :)

So much thanks to both contributors!

I have decided to create fixed bash packages for Debian Lenny. I have applied the upstream patchsets from from 052 until 057, so some other issues are also addressed in it. :-)
And here they are:

Much fun with it!

I have created a backport of the otrs package for Wheezy backports and it has been just accepted.

So much fun with otrs2/3.2.11-1~bpo70+1 and have a look here for backport installation instructions!

now, where I will travel again for 15 days to Fuerteventura/Corralejo from the 21.06.2013 until 07.07.2013, I remember myself, that I forget to post some images from my last vacation in Turkey/Belek.

Since my little realy cheap cam was damaged after a few days, I will post some photos of my buddy Robyn. 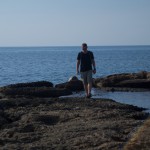 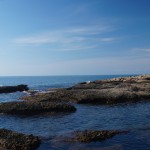 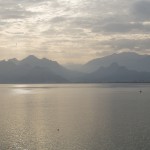 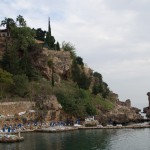 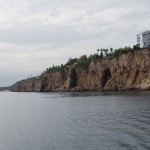 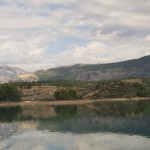 I have just uploaded the monthly update of geoip-database to Debian unstable and squeeze-backports, unblock request already filled.

I also uploaded otrs2 in the new version 3.2.1+dfsg1-1, which is also “fixing” bug #690306, “fixing” because the upgrade will abort with a list of MySQL tables where the administrator has to fix ether the engine from MyISAM to InnoDB (or the other way, as he want to) and by fxing the default engine of his MySQL database server. Ugly issue, ugly hack, but there is no better solution..

We still have got some more or less webapplications which are not compatible with PHP higher than version 5.2.x, which is the only blocker for the last Lenny servers to upgrade them to Squeeze.. I do not think that I am alone with this ****** topic :)

So the new “masterplan” is to deploy those applications on seperated Wheezy servers, with PHP 5.2.x running as FastCGI, so that most parts of the system are “security supported”.

First; I didn’t documented my steps and I am not 100% done (something like 99%) but I have done the following to have it “as clean as possible”:

PHP 5.2.x is just not able to detect the new multiarch paths, it fails at most “dir” options. Since patching the whole build system would be *too* much work I decided to hack around this (ln -s /usr/lib/x86…./foo.so /usr/lib/), then some adjustions to the build dependencies, disablieng some modules, like SSL and libdb (incompatible versions), disabling merged patches and refresh the suhosin hardening patch; I get an working PHP 5.2.17 package on Wheezy.
But this is too easy!
I want packages which I could co-install with the PHP 5.4 packages from Wheezy, 5.2 should only used withing vHosts where I have enabled them..

So I rewrote the whole packaging (*burg* IMHO at all) to use “php52” instead of “php5” as packaging namespace and also everything is put into “/opt” as prefix. Much painfull work, but yeah it works.. :)
Some packages, like php52-dev or php-pear are broken, but those were not my goal of this action.

If someone is interested in those packages please send me an email.
Since PHP 5.2 is not supported any longer (and that this is at all a big hack) I will not publish the source and binaries at all.

I am interested in your opionions! If you would setup today an new server for a (business) project, would you use Debian Squeeze or Wheezy?

Personal – and already in most business cases – we have decided for Wheezy, because the pros are:

What is your (business) opionion about it?

I have just uploaded otrs2 version 3.1.12+dfsg1-1 to Debian experimental yesterday! It includes many bugfixes, for a full list have a look at [0].

I also would welcome help for two important tasks:
#690306: Upgrade to Wheezy fails, if InnoDB is used in (some) tables
#695664: Embedded JavaScript code copies. As usual problematic with a package which is as big as otrs..

I also will backport otrs 3.1.x to Wheezy backports, if it is released. After this step, work on the 3.2.x packaging will begin.